If an electrician has recently fitted new light switches and plug sockets in your office, you should have them engrave these items with the names of the lights and devices that they supply power to. Read on to find out why.

To make the office safer for your cleaners to sanitise

Having an electrician engrave all of the office's plug sockets and light switches could help your cleaners to do their work in a safer manner. For example, if your plug sockets in your office canteen are often used to power multiple appliances at once (such as the microwave, coffee maker, kettle and toaster), then having engravings on the sockets, that indicate which socket is powering which appliance, could help those who clean this area to avoid injuries.

If for instance, a cleaner can see an engraving under a particular plug socket which clearly states that the plug that's inserted into it is connected to the toaster, then they can switch that one off before they use a dampened cloth to wipe down that toaster. This could help them to avoid accidentally turning off the wrong plug socket and then applying a wet cloth to a switched-on toaster (which could give them an electric shock).

Likewise, if the cleaner can easily see from the engravings on the sockets which plug the hot water dispenser is plugged into, they'll know which one to switch off at the socket and can avoid burning themselves with hot water if they accidentally press the dispenser's level or 'on' button.

Getting an electrician to engrave the light switch panels and sockets will also make it easier for your employees to use the office equipment and lights. For example, if you have a big office and there is a large panel on a wall, which has a dozen or more light switches on it, putting an engraving under each switch which indicates which area of the office it illuminates will prevent your employees from flicking on half a dozen switches before they pick the one they need. This will save them time and ensure they don't waste any electricity.

Similarly, putting the names of certain equipment (like the office printers, PCs and photocopiers) on the sockets that they're plugged into will mean the employees don't accidentally plug out equipment that their co-workers are using when, for example, they need to reboot a computer by switching it off and then on again.

Talk to an engraving service to learn more. 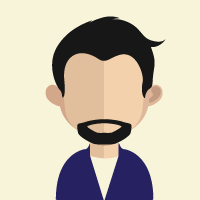 Hello. My name is Toby and I would like to welcome you to my blog. This blog will be dealing with the electrical systems in your home. To many people, the electrical systems in their home remain a mystery. I didn't know what was going on in my home. I just knew that when I flicked a switch the lights came on. However, one day something went wrong and I lost all electrical power in my property. I contacted an electrician and he came out to carry out repairs. While he worked, he taught me lots of cool things about how the wires, fuses and other things worked.